By adminvoxDecember 6, 2014water
No Comments 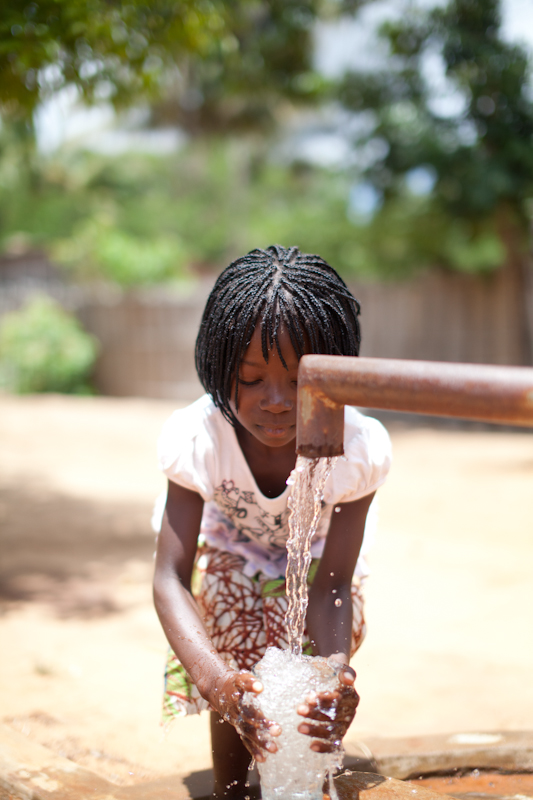 Most cultures of the world recognize that water is both a source of life and of livelihoods. But when something as simple as water is just a turn of the faucet away, it makes sense that it isn’t given much thought by those of us who have it in abundance. In America we use 5 times more water to brush our teeth than the average Mozambican uses in an entire day. In fact, the average American uses approximately 177 gallons of water per day compared to the 2 gallons per day used by much of the world. Over one billion people are suffering because local water supplies are scarce, contaminated, or non-existent as I sit here with my glass of ice water writing this article. But, I’ve been to Mozambique with Vox and I know that water is much more than just a liquid that quenches my thirst.

Access to water is a huge economic issue because it is essential for energy production and for agriculture. Droughts ravage much of Africa and starvation drives whole groups of people to leave their homes in search of food and water. This makes water a national security issue as well. Many of the world’s conflicts today arise from disputes over arable land and water resources. Some analysts worry that wars of the future will be fought over this “blue gold”, as thirsty people, opportunistic politicians and powerful corporations battle for dwindling resources.

Water is a woman’s issue in developing countries. Women and girls have the primary responsibility for obtaining household water. They often travel long distances to the nearest water source, which exposes them to the very real danger of physical and sexual abuse. Many women and girls in Eastern Africa are spending 2-4 hours a day collecting water for their families and more time finding water means less time and energy for other activities such as childcare, income generation, and school attendance.

But most of all, water is a fundamental global health issue. According to the World Health Organization (WHO), 80% of diseases in developing countries are water-related. Waterborne illnesses are the leading cause of disease and death worldwide, most of which are children under the age of five. The saddest part of this is that many of these children aren’t dying from lack of medicines to treat their infections. These children are dying from very treatable things like dehydration from diarrhea and from the results of malnutrition, both caused by lack of clean water and lack of basic health education. This is why as a family medicine physician whose career focused on education and disease prevention, I can’t say enough about what Vox United is doing in areas of Africa like rural Mozambique where over 75% of the population does not have clean water and where one out of every ten child born will die before the age of one.

So, why water? By Vox doing something as simple as providing clean water and educating people on basic health and hygiene practices, the risk of a child dying is cut in half, girls are able to go to school, parents are able to work because they are healthier, and villages thrive because their citizens are healthy, educated, and more productive. That’s why. Dr. Sherrie Tamburello is a family physician with two decades of experience. She serves with Vox as a strategic advisor and Health and Hygiene Instructor.
Share Tweet Share Pin